The Evolution of the Lunar and Solar Calendar

We never really think much about the calendar and its evolution, even though it is crucial in our everyday lives. Not only do we record births, deaths, marriages and contracts. We plan; religious leaders determine the times to worship, agriculture, trade and shipping in the commercial world would be unthinkable without the calendar.

Traditionally most people used the lunar phases, which are easily accessible to everyone. Other measurable occasions were solstices and equinoxes. The ancient Egyptians developed their Nilometer, a built structure to measure water levels and clarity. They used the Nilometer to predict yearly/solar seasons for harvesting and taxes! 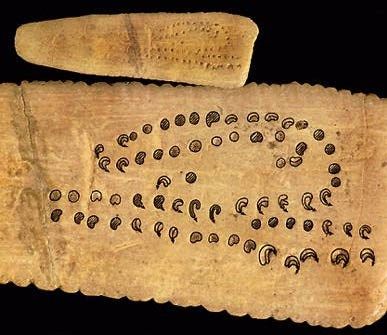 Many prehistoric lunar calendars have been found, among them carved bones dating back to the famous caves at Lascaux in France.

Ever since, humankind has been struggling to align the lunar with the solar calendar. Countless tweaks, changes that were accepted at varying times by different countries, indicate how complicated the matter of recording time really is.

The early Roman calendars were kept a secret by the ruling kings, priests and aristocrats, which gave them tremendous power and advantage. However, in 304 BC Cnaeus Flavius (of Rome) pilfered a copy of the codes that determined the calendar, and posted it in the middle of the Roman Forum for everyone to see*. Priests and patricians then had to relent and issue the calendar as a public document.

Two hundred fifty years later, in 45 BC, Julius Caesar introduced the 1 January. Romans awoke to a new year with a new calendar that was among the most accurate in the world. Three hundred sixty-five days + six hours alternating between 30 and 31 days each month, with February varying between 29 and 30 days in leap years.

The calendar was still running a few minutes slow, amounting to hours over time. Still, Caesar’s calendar was an object of pride to many educated Romans. It injected a new spirit of how people thought about time and fostered a middle class of traders, bureaucrats, money lenders and craftsmen. After Caesar’s death, Quintilis was renamed July in honour of Julius Caesar (44BC), and, later, Sextilis was renamed August in honour of the Roman Emperor Augustus in 8 BC.

In 1582 Pope Gregory XIII reformed the calendar again to calculate the date for the Easter Festival to fall to the time the church had initially introduced it.

If this short introduction to the evolution of our lunar and solar calendar has sparked your interest, I highly recommend you read: 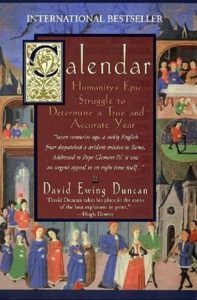 * A fascinating account of the history of man’s attempt to compute time ~ says the Independent.

This diary is a very powerful tool that makes it easy for you to align your plans to the lunar and solar cycles. 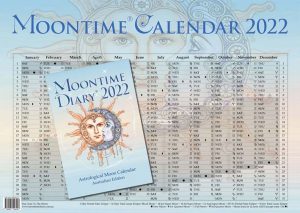